Slimes
Viktor Humphries is an NPC currently only found on the Range Exchange and Viktor's Workshop. He is the third NPC to send Beatrix StarMail, and the second Range Exchange NPC. He introduces himself at the earliest at noon on Day 3.

Viktor himself states that he is a professional slime rancher, slime scientist and amateur musician. His speech pattern indicates that he is an intellectual, further backing up his profession. He has a keen interest in the slimes that inhabit the Far, Far Range but his studies prevent him from exploring, so he makes requests for various slime species on the Range Exchange.

He favors efficiency above all else, which is part of the reason he invented Manifold Cubes. He frequently runs simulations as he believes that doing so will "allow him to operate on a timeline that is most optimal", however he soon comes to realise that doing so prevented him from connecting with other people in his life, and soon gets into contact with an old acquaintence. This is the same reason he sometimes forgets to say goodbye to Beatrix when ending communication via his range exchange.

He loses his fiddle sometime before the events of the game and specifically requests for it returned to him if found, but there is currently no way to find it or return it to him.

The Loading Screen Texts imply that Viktor suggested creating cube-shaped Slimes, and that he invented a plort-cloning technology, but ultimately ended up destroying it. However, the existence of the Chicken Cloner suggests that its schematics were repurposed by BOb.

Viktor in his lab 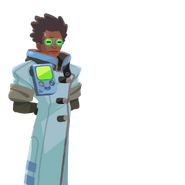 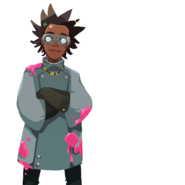 Full body image of Viktor prior to Update 1.4.0 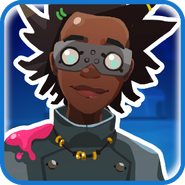 Viktor's mugshot prior to Update 1.4.0 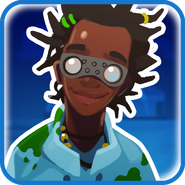 Viktor's mugshot prior to Update 1.1.0 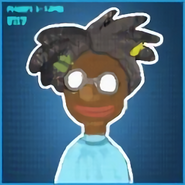 Viktor's mugshot prior to Update 0.3.0