The Pack introduces new cosmetic models for each of the slimes and their largo variants which can be mix-and-matched, offering up to 3 new models per largo.

When the DLC is installed, twenty gold-and-purple Treasure Pods will appear throughout the world which must be opened to unlock a cosmetic skin for most of the existing Slimes in the game. Unlike standard pods, they do not require a Treasure Cracker to open. The Pack does not alter any other characteristic about the slime, such as a Hunter Slime turning invisible, a Rock Slime rolling, or a Phosphor Slime's reaction to light.

Gordo Slimes, Tarr Slimes, and plorts are not affected by the Secret Style Pack.

This chart shows all of the slimes that are largo-able with Secret Styles completely active. 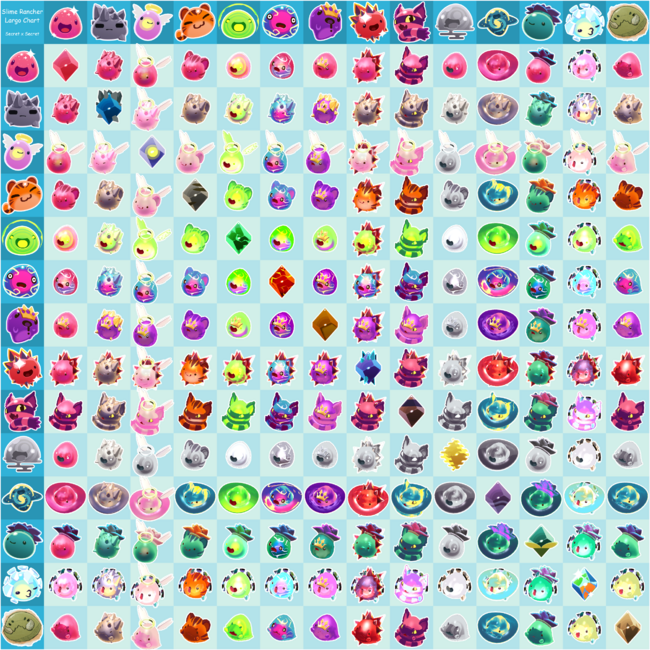 This chart shows each of the slimes that are largo-able with both their combined standard and secret style variants. 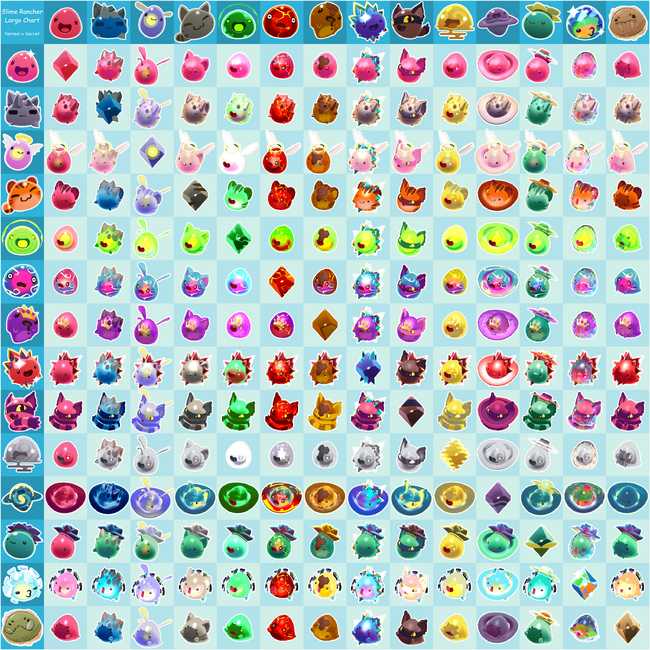