Slime Rancher Wiki
Register
Don't have an account?
Sign In
Advertisement
in: Exclusive to The Glass Desert, Future Meat, Can be stored in a Silo or Warp Depot,
and 4 more

Painted Chickadoos, also known as Painted Chicks, often spawn from nests with Painted Hens and to a lesser extent, Roostros. They are encountered exclusively in The Glass Desert.

Painted Chickadoos can be produced domestically by a Painted Hen if it is in the presence of a Roostro, and will itself grow up into a Painted Hen or - more rarely - a Roostro. This process is sped up in an upgraded coop. Until it grows up, Slimes will not eat it.

About:
Painted chickadoos are baby chickens that will eventually grow into a painted hen or more rarely, a roostro.

On the Ranch:
Keep Painted chickadoos in a safe place and they'll eventually grow into a Painted Hen or a Roostro.

Note that while these locations are precise, they may be on different elevations.
Because they are often found together, this map also applies to Painted Hens and Roostros. 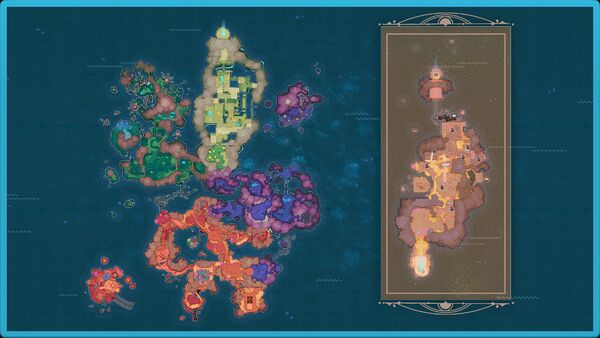 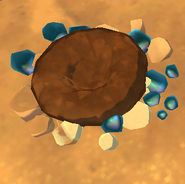 The nest which spawns Painted Hens and Chicks