The Oca Oca is a veggie found exclusively in The Indigo Quarry.

About:
A staple of cooking on the range, the hearty Oca Oca is a naturally salty, soft spud. As the key ingredient to the always tasty 'rancher's hashbrowns', they have likely been the fuel for a great deal of slime wrangling since their discovery on the range.


On the Ranch:
Deposit an Oca Oca into a garden's depositor and you'll have a large Oca Oca crop of your very own. 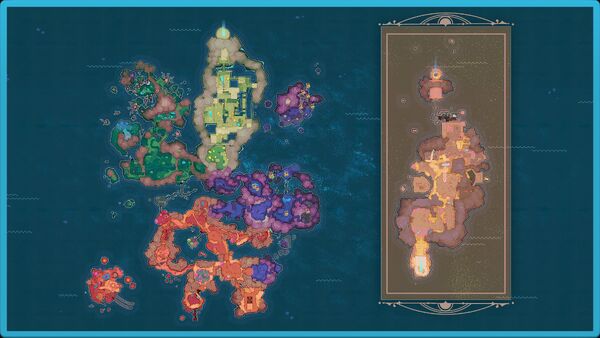 The name "Oca Oca" may be based on the "Oxalis tuberosa", otherwise known as the Oca or New Zealand Yam; a stem tuber that was introduced in Europe in the 1800s as a competitor to the potato. In appearence, Oca Ocas resemble stem tubers with the coloring of a potato, supported by the Slimepedia tagline - "A tubular mix of colorful spuds.". Rad Slimes having the Oca Oca as their favorite food may be based on the well-known potato battery often created in educational settings, since potatoes are among one of the foods that can produce low levels of electricity under the right conditions.

Retrieved from "https://slimerancher.fandom.com/wiki/Oca_Oca?oldid=91384"
Community content is available under CC-BY-SA unless otherwise noted.