Plorts
Mochi Miles is an NPC found on the Range Exchange and through a special partnership. She is the fifth NPC to send Beatrix StarMail, and the fourth Range Exchange NPC. She introduces herself the earliest, at noon on Day 5.

Once The Grotto ranch expansion has been purchased and The Indigo Quarry has been unlocked, completing a range exchange trade with Mochi will prompt her to contact Beatrix via Starmail inviting her to her estate, Mochi's Manor.

Little is known about Mochi's life, though it is implied through her Range Exchange in one of her manors that she lived a somewhat lonely life. She is implied to not be on good terms with her billionaire father, Tatsuya Miles. She was sent to the Far, Far Range on a "special assignment" by her father, though she believes that her father simply wanted to her to be "out of his way", presumably to prevent her from bothering him as much.

Despite being somewhat distant from her father, she is regularly given the "inside track" on the Plort Market, however this may simply be a front as the Loading Screen Texts implies that she hasn't spoken to her father in years.

The Loading Screen Texts also mentions that she claims that she once caught a Gold Slime. 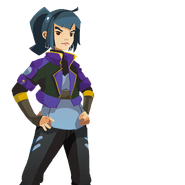 Mochi in her default pose. 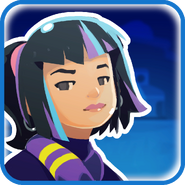 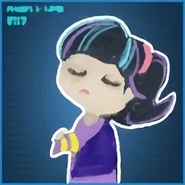 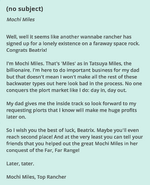 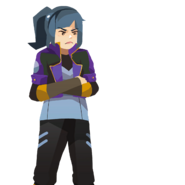 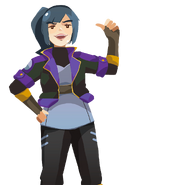 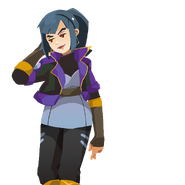 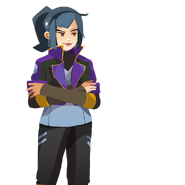 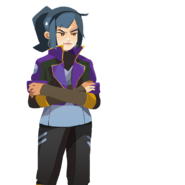 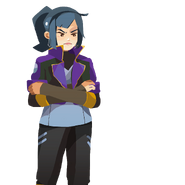 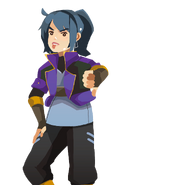 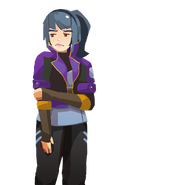 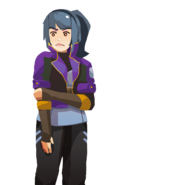 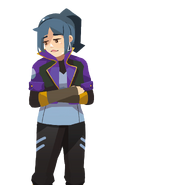