Map Data Nodes are interactive objects in the Far, Far Range that can fully unlock an area on the World Map.

As well as unlocking terrain details on the map itself, it also unlocks the ability to view information about how many Treasure Pods that have been opened in the area and how many Slime Keys have been collected, on the top left-hand side.

With the exception of The Ranch and its expansions, The Wilds, Ogden's Retreat, Mochi's Manor, Nimble Valley, Viktor's Workshop, and The Slimeulation, every zone has one; 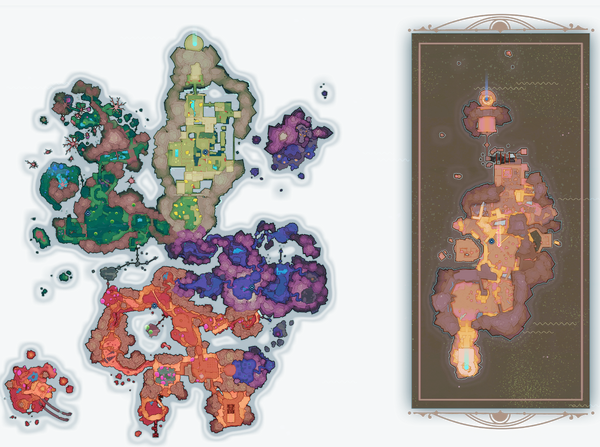 A Map Node that has activated a portion of The Map
Community content is available under CC-BY-SA unless otherwise noted.
Advertisement