The Incinerator is a facility available at any plot on The Ranch, Ogden's Retreat, Mochi's Manor, and Viktor's Workshop. Incinerators can be used to more conveniently dispose of unwanted items and slimes, but are primarily intended to be a habitat for Fire Slimes by keeping them in the Ash Trough and burning food. The Ash Trough holds 20 units of ash.

An Incinerator will instantly burn anything it touches into ash, and then burn that ash into nothing. It's an excellent solution for eliminating a tarr outbreak or for simply disposing of unwanted slimes if you're a terrible, heartless monster.

Ash Trough
An ash trough allows you to collect the ash of incinerated food at its base, which is eaten exclusively by fire slimes. It's gross. 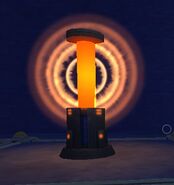 The Incinerator model prior to Update 0.6.0 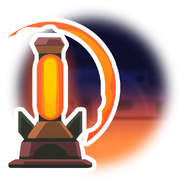 The Incinerator icon prior to Update 1.3.1
Add a photo to this gallery
Retrieved from "https://slimerancher.fandom.com/wiki/Incinerator?oldid=98520"
Community content is available under CC-BY-SA unless otherwise noted.