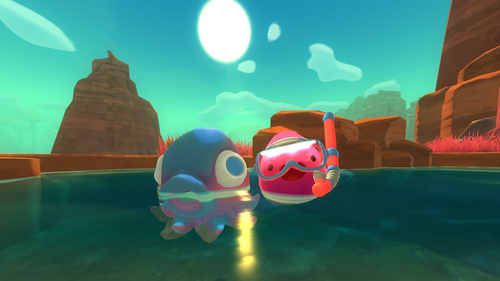 Hey ranchers! Today, we've got a little summer-fun update for you today ː)

Party Fashion - With these super rad Party Glasses, your slimes will be the stars of the party! Just note that the Party Hat + Glasses combo is a unique fashion for our VIPG (Very Important Party Gordo).

Scuba Playset - This new Playset includes a Scuba Fashion Pod and Octo Buddy Toy! Slimes that are wearing the Scuba Fashion love to play with their best pool-pal, Octo. 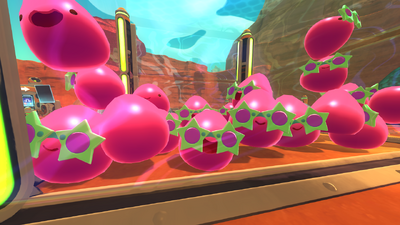 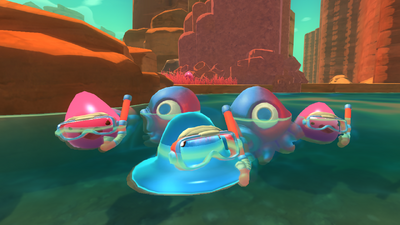 Things were starting to get a little crowded down in Viktor's Workshop so he built a recycling system to help keep the place tidy. Go ahead and toss any unwanted items or slimes into the water chute and Viktor will see to it that they are recycled or released back into the Far, Far Range!

Have you ever wanted to take a little break from ranching and just enjoy the sunset in the Ancient Ruins or the sunrise over the Moss Blanket? Give the 'Minimal HUD' option a try!

Be sure you're extra careful if you use it while exploring! You may find your jetpack has run out of energy halfway through a risky jump across a wide canyon that spans across the Slime Sea... o_o

There are even more Slime Rancher adventures in development, but we’re not ready to reveal them just yet! Look forward to getting a peek of what we have planned… when we’re ready ;)

Until then, stay wiggly!