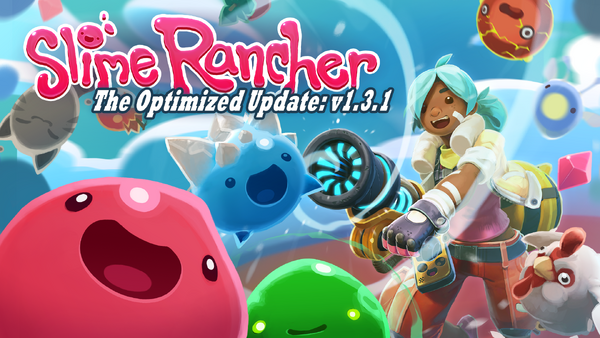 Slime Rancher v1.3.1 represents a significant overhaul to the way that a lot of backend systems work and while overall it should produce significant gains in performance, it may produce unexpected issues that we did not catch in our testing process. Should you experience any issues with v1.3.1, please email support@monomipark.com and we’ll be sure to help you right away!

Game Optimization:
We have upgraded Slime Rancher’s game engine which will bring performance improvements for a majority of players!

Drone Improvements:
Drones got a nice little update that allows them to deliver to the Refinery and improves how they interact with some targets/destinations!

Again, if you encounter any oddities with this update please contact us at support@monomipark.com


A small patch was issued to fix a few issues related to the last release.