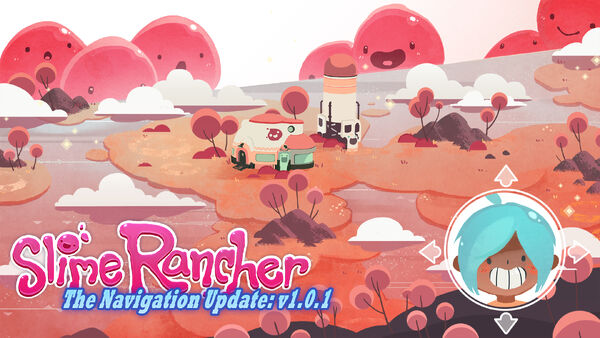 Slime Rancher v1.0.1, The Navigation Update, has arrived! This updates includes the much-requested map feature and a few other goodies, as well a bunch of fixes and optimizations.

And that’s a wrap! Curious about what’s coming next? Check out the Slime Rancher Development Roadmap here: viewtopic.php?f=3&t=448

A follow-up patch was issued to address a bug where oases in the Glass Desert were being reset.

If you have a save file where oases were already reset, you will simply need to re-water the oases with ancient water. We apologize for the inconvenience.

A small patch was issued to address a few lingering bugs form the v1.0.1 update:

A small patch was issued to address a few lingering bugs form the v1.0.1 update:

Retrieved from "https://slimerancher.fandom.com/wiki/Game_Versions/Version_1.0.1?oldid=90113"
Community content is available under CC-BY-SA unless otherwise noted.