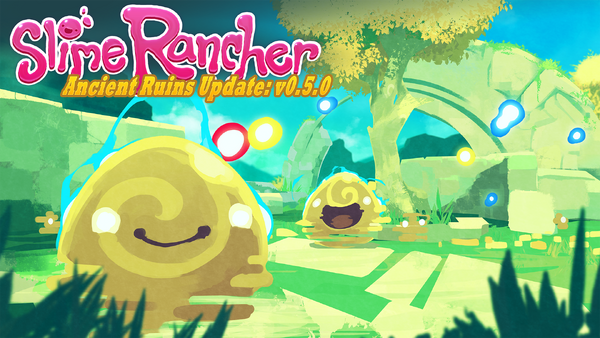 Please note, this update will reset your gamepad, keyboard, and mouse bindings to defaults if you ever changed them. You'll simply need to change them back in the options menu.

Additionally, your position in the world will be set back on the ranch to avoid your being stuck in any of the new geometry added to the world.

...and that's it! We hope you really enjoy this new update and we look forward to hearing all about your adventures in the Ancient Ruins!

A patch was issued today to fix some bugs following the release of v0.5.0:

Retrieved from "https://slimerancher.fandom.com/wiki/Game_Versions/Version_0.5.0?oldid=90099"
Community content is available under CC-BY-SA unless otherwise noted.