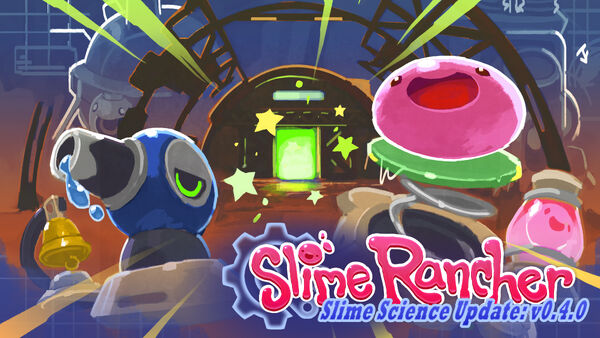 Slime Science is the biggest update ever to Slime Rancher! It’s an all-new set of features that allow you to craft gadgets and place them all over the world. This release represents a great deal of hard work from the Monomi Park team and we’re really proud of how this content expands the possibilities of Slime Rancher.

But the journey doesn’t end here. You can look forward to Slime Science being expanded in future updates, as well as even more slimes, explorable zones, and more!

SLIME SCIENCE
Slime Science has a lot more added features than our typical releases, so we're breaking down the patch notes into an overview of all the new parts. Let's get started!

The Lab
The Lab is a new ranch expansion containing an old barn that Hobson once converted into a homemade Slime Science lab.

The Refinery
Using advanced technology, the Refinery breaks down plorts and other resources to their molecular level, allowing them to be fabricated into various Slime Science gadgets.

Blueprints
Blueprints allow you to craft gadgets at the Fabricator. Once you own a blueprint for a specific gadget, you can craft it as many times as you like, provided you have the necessary resources and are not exceeding the build limit.

The Fabricator
The Fabricator allows you to craft gadgets from a blueprint using resources you have stored in the Refinery.

Treasure Pods
Treasure pods are now scattered all over the range (some of them are in super-secret hiding spots!). They contain exclusive blueprints but can only be opened with a treasure cracker. Treasure crackers can be purchased from the Vacpack Upgrade Shop.

Gadget Mode
Gadget mode is a new vacpack mode that can be toggled after unlocking Slime Science. Once toggled, all the possible gadget build sites will become visible, allowing you to install any gadgets that you own. However, while in gadget mode you cannot vac or shoot.

There are over 45 gadgets to unlock, with more coming in future updates. All gadgets fit into one of 5 categories:

Extractors
Extractors are a special class of Slime Science gadgets that are essential for building all other types of gadgets. Extractors include drills, pumps, and apiaries.

Once placed on a build site, an extractor will begin working, collecting resources from the environment over time. Once it is full of resources, an extractor can be emptied. The best extractors can repeat this cycle multiple times before they finally break down.

Utilities
Utilities are a class of Slime Science gadgets that provide useful features to aid you in managing your ranch, as well as exploring the range.

Decorations
Decorations are a class of Slime Science gadgets that allow you to decorate the world with attractive objects or recreations of natural findings from the environment.

Curios
Curios are a class of Slime Science gadgets that while functional, are not necessarily useful. Curios include toys, games, and other gimmicky gadgets that can be a great time with an equally great imagination.

...and that about wraps up this update! Slime Science is a big, new feature with a lot of moving parts. Please help us out and report any bugs you may discover to bugs@monomipark.com and feel free to reach out to one of our support agents at support@monomipark.com should you experience any issues.

We would also ask that you provide as much feedback as possible to us on our official forums, reddit, the Steam forums, or wherever Slime Rancher is discussed regarding Slime Science balance, user experience stuff, etc.

Have fun out there!

A small patch was issued today to address a few issues related to the Slime Science Update:

Another small patch was issued today to address additional issues related to the Slime Science Update:

Retrieved from "https://slimerancher.fandom.com/wiki/Game_Versions/Version_0.4.0?oldid=90092"
Community content is available under CC-BY-SA unless otherwise noted.