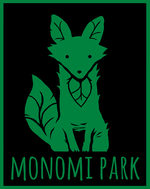 Slime Rancher v0.3.4 is now available! It contains the following changes and fixes:

What's in Development?
We've got some cool, new stuff we're working on as we march toward our v0.4.0 release. Here's a sample of what to expect in the upcoming updates:

Achievements that you've already earned within Slime Rancher will automatically be awarded to you within Steam after the update.