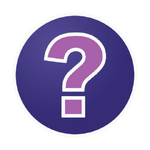 This page lists frequently asked questions about the game, along with their answers.

If the question you are looking for isn't on this page, you can always ask it in the comments and wait for a reply.

The Ranch and Slimes

Q: What's the different between regular slimes and Largo Slimes? What should I use?
A: This is down to personal opinion.

Largo Slimes are generally favored due to producing one of each plort of its combined type which is doubled when fed a favorite food, which makes the food-to-plort ratio more efficient. In addition, harder to feed slimes like Tabby Slimes can be converted into largos with an easy to grow favored crop, which is a great way to get an otherwise tricky to get plort type.

Q: How do I use an auto feeder?
A: Once you buy the upgrade, an autofeeder will be located on one of a Corral's corners. Simply shoot food into the receptacle and it will store the item to distribute to the slimes inside the corral over time. You can choose the frequency at which food gets distributed via the button on the feeder.

The feeder is helpful to prevent wasting excess food.

Q: My Slimes keep trying to escape!
A: Pure slimes have the ability to stack when near one another. Multiple may even spawn from a single location in a stack all at once and are capable of breaking the stack if they so choose. While this is not inherently a bad thing on its own, be warned that if a lot of small slimes are coralled together, they will stack much more often. If left unfed, they may also try to seek out food sources while stacked, which increases their probability of escaping.

Q: Can a Boom Slime blast a Plort into another Corral?
A: Currently Boom Slimes work as intended, and will not blast plorts directly into a corral via the corral walls. However Boom Slimes can break their own Air Nets and send plorts flying, littering the area with random plorts. If no slimes are left stray in the area and corrals have an Air Net that is not likely to be destroyed, then this behavior is unlikely to cause a Tarr outbreak.

Q: Is it possible to get a Largo of a Gold Slime, a Fire Slime, a Puddle Slime, Lucky Slime or a Quicksilver Slime?
A: As of now it is not possible to create any of these largos; Gold plorts, Puddle plorts and Fire plorts cannot be eaten by any slime. Quicksilver plorts cannot be taken off Mochi's Manor, and even if they could slimes do not eat them. And Lucky Slimes do not produce plorts at all. In addition, none of these slimes consume plorts themselves.

Q: How do I use the Ash Trough Incinerator upgrade?
A: The Ash Trough's primary function is to house Fire Slimes which are only obtained from The Glass Desert. It holds 20 units and they automatically feed on - and deplete - the ash contained within the trough similar to Puddle Slimes interacting with water. To refill it, you must burn Food which provides 1 unit per food item.

Note that trying to feed a burning Fire Slime directly causes them to instantly destroy the food item, and it will not count as a feed.

Until Update 1.0.1, Fire Slimes despawned when the trough was empty, but this is no longer the case.

Q: Is it possible to catch a gold slime?
A: They cannot be stored in the vacpack by any means, but they are susceptable to the #1 Slime Stage which disables their fleeing and despawning mechanic for as long as they remain on the stage. This is most easily done by bursting a Gold Gordo near a #1 Slime Stage and using the vac stream to pull one onto it.

Q: How do I use Slime Science?


A: Before you can dip your toes into the Slime Science mechanics, you must buy The Lab for 10,000

. You will immediately receive a small tutorial in-game on how to utilize it.

Q: Can I get location-exclusive Slime Science Resources in The Overgrowth and The Grotto because they look like The Moss Blanket and The Indigo Quarry?
A: No. Indigonium can only be obtained in The Indigo Quarry with a drill, and Wild Honey can only be obtained in The Moss Blanket with an apiary. The Grotto and The Overgrowth are considered part of The Ranch, which produces no unique resources. The Lab and The Docks are also part of The Ranch, so they too produce no unique resources.

Note that a select amount of slime science resources can be found in some Treasure Pods, though these can only be obtained once.

Q: How do I use the map?
A: The World Map was added in version 1.0.1. The default button to bring it up on Xbox is D-Pad Right, or on PC keyboard button M.

Q: My map is just blue and it doesn't help me much. What do I do?
A: By default the World Map is purposely blanked out because you need to locate Map Data Nodes to partially unlock it. There is one data node for each zone, except The Wilds, the Nimble Valley and The Slimeulation.

Q: Is there a map for The Wilds/Nimble Valley? It tells me it's in UNKNOWN or something.
A: As of now, all locations associated with Ogden Ortiz, Mochi Miles, and Viktor Humphries are not presented as a location on the World Map, and will instead claim that their location is unknown.

This is most likely intentional since their true in-game locations are actually fairly close to the main map, but are completely unloaded when not present in the area. So it is clearly meant to keep the illusion that it is located in an entirely new area of the Far, Far Range to the island Beatrix is located on.

Q: I can't find a specific Gordo Slime!
A: Our page on Gordo Slime locations has everything you need to know about locations in relation to the map. If you need any further help, feel free to ask in the comments below or on the Gordo Slimes/Locations page.

Q: How many Slime Gates/Slime Keys are there?
A: There are 8 Slime gates, plus 3 more located in The Vaults which can only be accessed after watching the credits. Altogether there are 12 keys and 11 gates.

Q: What do I do with the extra Slime Keys?
A: Slime keys can be used to unlock doors at various locations in The Dry Reef, including within a cave to access The Indigo Quarry, across bridges to The Moss Blanket, beyond a winding canyon to access The Beach, shortcuts to the Ancient Ruins from The Moss Blanket and Indigo Quarry, in The Glass Desert behind the Tangle Gordo "temple" and in the place with the Rock Slime statues. Assuming you get all the keys, there will be three left over which are used in The Vaults.

As of Version 1.1.0, there is an upgrade for the Vacpack called "Slime Key". The purpose of this is rather optional as it is intended to be used if you cannot find a slime key. This would then leave you with one extra Slime Key despite the fact that all Slime Gates have been opened as this key is meant for emergencies.

Note that older saves may have an extra key because of the Tabby Gordo on the beach once dropped a key, but now no longer does. This may no longer be a problem as saves should automatically update if the game is on either Steam or Xbox.

Q: I used all my Slime Keys and now I'm stuck! What do I do?
A: The game has been designed in such a way that no matter which order you open the Slime Gates, you will never be left in a position where you can no longer get another Slime Key to progress. Even if you don't have the key on you, there will always be a Gordo with a Slime Key within reach.

If you are stuck, please refer to our page on Gordo Slime locations.

Q: Can snared Gordos drop Slime Keys?
A: No. They drop the usual Gordo loot of 13 items: 3 crates - including one containing Slime Science Resources - and 10 Slimes of the type of Gordo burst. A teleporter or key is only available from wild Gordos, and will replace a slime or a crate in the Gordo's drop pool as it is considered one of its 13 items.

Q: How do I install Steam?
A: Go to the Steam website and click the bright green "Install Steam" button at the top of the page, then follow the instructions. You need to make a Steam account if you don't already have one.

Q: Will we ever get multiplayer?
A: Monomi Park issued a statement some time ago addressing this.

Q: I have a suggestion for Slime Rancher! You see, it's-
A: We are a fan-made wiki that is not involved in the development of the game, so suggestions made here will more than likely fall on deaf ears. We simply document the changes from each update and make changes to articles accordingly. If you would like to submit your ideas, the Monomi Park forums has a couple of sections for original slime ideas and fan art.

Q: When is the next update?
A: Unless it's announced, nobody knows. Monomi Park normally starts to drop teasers on their Twitter account when the next update is nearing completion.

Q: I have a question about upcoming content. Is there any way to see what will be implemented in the future?
A: The Monomi Park Forums has made a list of all the future content of the game. Keep in mind it is subject to change. You can see it here. You can also access it by digging into the games files or modding.

Q: I'm having issues playing the game. It keeps randomly crashing, or the screen locks up but continues playing normally!
A: The game, despite how simple and light-hearted it is, is very resource-intensive. Chances are your system can't handle the game properly. When your system does not meet the minimum requirements to play, you may encounter issues with gameplay. The latter issue is caused by having an insufficient Graphics Processing output.

Q: Does the game update on its own?
A: Copies of the game hosted by a platform such as Steam and Xbox will update automatically. However the standalone game does not have an updater, so it will have to be redownloaded manually. Any copy of the game purchased from - for example Humble Bundle - should provide a Steam Key for a "free" Steam copy of the game, either in a purchase confirmation e-mail or in your account's purchase history.

However, it's possible to download older versions of all Steam games.

However, if the game is purchased on PC as a standalone game, the game does not have an auto-update feature so previous builds are not disabled when a new update is out. It is possible to keep old versions when upgrading to new ones, or downloading previous builds from the internet. This does, however, run its own risks, like corrupted saves or downloading a virus.

Q: Does the game have any merchandise?
A: Yes.