Slime Rancher Wiki
Register
Don't have an account?
Sign In
Advertisement
in: Fruit, Food, Can be stored in a Silo or Warp Depot,
and 6 more

The Cuberry is a fairly common fruit that can be found in most zones.

Cuberries grow from cuboid trees. The most notable locations for Cuberry trees include the end of The Dry Reef near the big tree Hobson Note, the Danger Zone near the Tabby Gordo, and in the latter area of The Moss Blanket along with Mint Mangoes. Additionally, they can be found in crates and offered as a reward at the Range Exchange.

About:
Due to their sweet taste and curious shape, cuberries were quick to become a favorite amongst the first ranchers on the range. They are often used in cakes and pies when celebrating special occasions, like birthdays or Plortapalooza.

On the Ranch
Deposit a cuberry into a garden's depositor and you'll grow a large cuberry tree of your own. 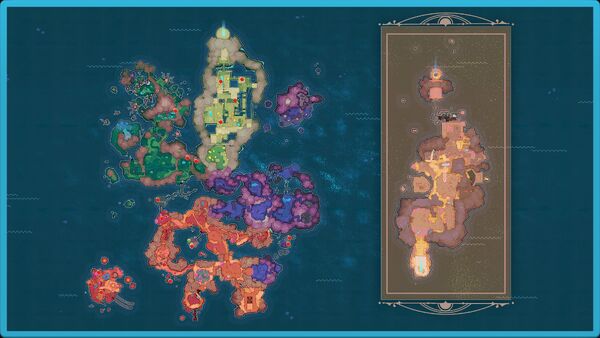 A Cuberry tree growing in a Garden.

A hanging Cuberry Tree in The Dry Reef. 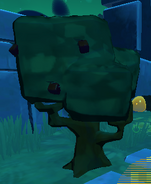 A Cuberry Tree in The Ancient Ruins.

A rotten Cuberry and a normal Cuberry, side by side. 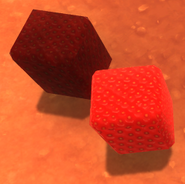 Old Cuberry model from versions before 0.3.1.

Cuberry is a portmanteau of the words "cube" and "berry". Their shape may be a reference to square watermelons, a popular but expensive ornamental variation of watermelon popular in Japan initially conceived to fit more appropriately in fridges. Its Slimepedia entry - They are often used in cakes and pies when celebrating special occasions, like birthdays or Plortapalooza. - references Lollapalooza, an annual music festival featuring popular bands and artists. Physically, Cuberries are strawberries in a cuboid shape.