Slime Rancher Wiki
Register
Don't have an account?
Sign In
Advertisement
in: Cannot be stored in the Vacpack, Interactable scenery objects, Gameplay Mechanics,
and 2 more

Crates are wooden boxes that can be found throughout the Far, Far Range. They can contain a wide variety of items including Slimes, Food, and Newbucks.

They are too big to be stored in the vacpack, but can be held onto the nozzle and launched against a wall to break them open. They can also be broken by letting them drop from a great height, or being shot with any resources, with the exception of Echoes and Ornaments.

As well as being randomly found in specific locations, they can also be found in packs of 2 or 3 after bursting a Gordo - both wild and snared. They are also awarded on a successful trade at the Range Exchange which automatically break if allowed to drop to the floor. These crates contain the items presented on the trade window.

Crates despawn if not opened, so it is impossible to keep and collect crates and should instead be opened upon their discovery. All crates drop 4-6 items from their pool.

This map shows all of the approximate crate spawn points. Note that crates may not be present in a spawn point on a given day, and the map does not indicate elevations. 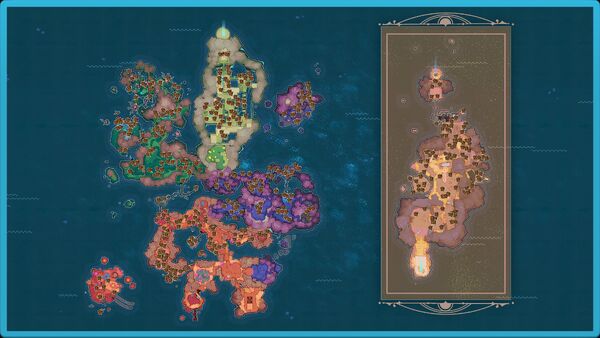 Their drop rate is decided by weight values; 1.0 being the most common, and 0.005 being the rarest.

Wiggly Wonderland added an additional drop to crates for a limited time: ornaments. They were available over the course of 13 days in December and January that drop alongside a crate's normal drops. 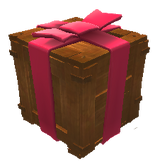 
Party Crates drop from the Party Gordo during the Party Weekend event and has a 50% chance to spawn in place of a normal crate. It only drops an ornament.

A crate on the ground.

The most common method of breaking crates; smashing them against a wall.

A crate from the Range Exchange being set down without breaking open.

A slime breaking a crate.

Dropped from a height