Chickens
BOb is an NPC currently found only on the Range Exchange. He is the final Range Exchange NPC to send Beatrix StarMail, introducing himself at the earliest at noon on Day 6.

Due to BOb's limited vocabulary - much of which requests chickens - not much is currently known about BOb except that he, or rather they, have an affinity for Hens and Roostros. It is unknown what happens to the chickens that BOb requests.

BOb appears to be multiple Pink Slimes stacked together covered in a trench coat and a fedora, badly disguised as a Rancher.

BOb seems to be a colleague of Viktor. 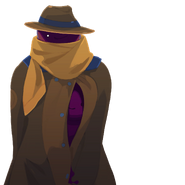 Image file of BOb, which is occasionally shown on the Coop's Deluxe Upgrade. 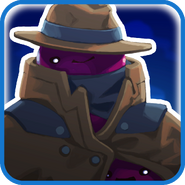 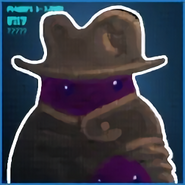 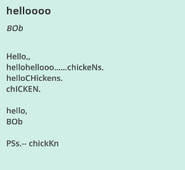